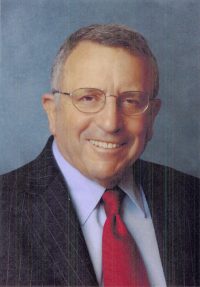 Mr. Friedberg is Co-Chairman of the Board of the New York Private Bank & Trust Company.  Prior to that, he was President and CEO of FriedbergMilstein, LLC, an independent investment management firm, an Executive Vice President of Merrill Lynch & Co., Inc. and a member of the firm’s Executive Management Committee. He was responsible for management of the Investment Banking Group from January, 1985 until May, 1993.